A long time has passed since Clint Eastwood directed a movie that was not ostensibly about the quiet, undersung heroes of the American fabric. Richard Jewell focuses on a man whose heroism was quickly flipped into villainy by a scornful government and media, yet it only the characters on the sideline who are of any dramatic interest.

Initially, Jewell is treated as a hero for saving even a few lives due to his quick thinking, but the FBI and the media (personified by a selfish agent played by Jon Hamm and an uncouth journalist played by Olivia Wilde) essentially conspire to treat him as the sole suspect in spite of a lack of evidence. As I watched Richard Jewell, I could not help but think of my fellow critic and podcast co-host Scott Renshaw, who often likes to point out, in varying situations, that two opposing things can be true. For instance, Richard Jewell, who was revealed to have been arrested in the past for impersonating a cop and was booted off a Georgia county police force, can both be a strange, sometimes oddly childlike and off-putting man, and he can also clearly be innocent of the Olympic bombing.

As the film is inspired by a lengthy Vanity Fair profile on the man from 1997, after he had been fully exonerated (but before the real bomber had confessed to his crimes), this movie is squarely focused on Richard Jewell much to the detriment of the opposing forces to his life.

This film depiction of the government and the media is troubling specifically because it uses those avatars played by Hamm and Wilde as full-on representatives of each major group. Her first scene, in the newsroom of the Atlanta Journal-Constitution, is played to the back row of an invisible theater, as she shouts, flips both middle fingers for no reason at her colleagues, and all but looks at the camera and says, 'I am the bad guy in this movie. ' (Again to the film mild credit, if you read that profile -- and you can, right now -- you will find that the script mostly sticks to the story Jewell was telling back in the '90s, down to the FBI fooling him into talking by saying they wanted to use him in a training video. 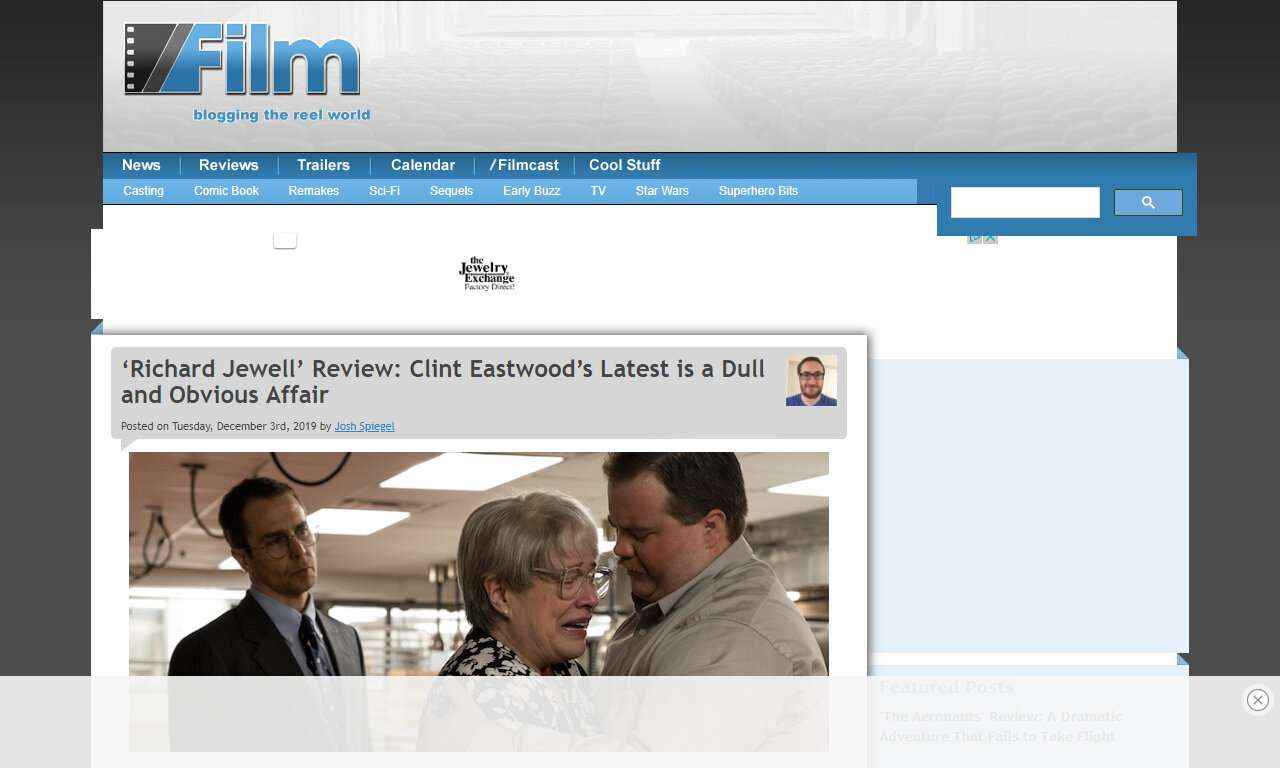