Share Tweet Email Copy Link CopiedSimulacra is a horror game about investigating a missing girl cellphone that has moments of brilliance but does not quite live up to its concept.

Related: The 10 Best Puzzle Games Of All Time (According To Metacritic)The concept of Simulacra is genius and the story is the highlight of the entire experience. There is an undeniable voyeuristic pleasure to reading through a stranger most personal thoughts and the game encourages the player to memorize every detail of Anna hopes, dreams, and disappointments in order to learn more about her. The problem comes in the form of the rest of the puzzles in the game, which either involve building a correct sentence out of a string of words or lining up picture pieces.

It feels as if Simulacra would have been greatly improved by either dropping the puzzles entirely and becoming an excellent visual novel, or coming up with a greater variety of brain teasers in order to justify their existence.

The other major issue is the source of the horror in the game, as it often relies on jump scares in order to elicit a reaction from the player. Simulacra can be a very creepy game in its own way and the gradual reveal of the story through text messages is masterfully done, but the glitched-out faces accompanied by loud static noises are the cheapest scares in the book and they only detract from the experience. Playing the game with a controller instead of a touchscreen can also be a tedious experience, due to several puzzles requiring the player to type out names and email addresses.

Next: The 10 Scariest And 10 LAMEST Horror Games Of All TimeSimulacra releases for Nintendo Switch, Play Station 4, and Xbox One on December 3, 2019. 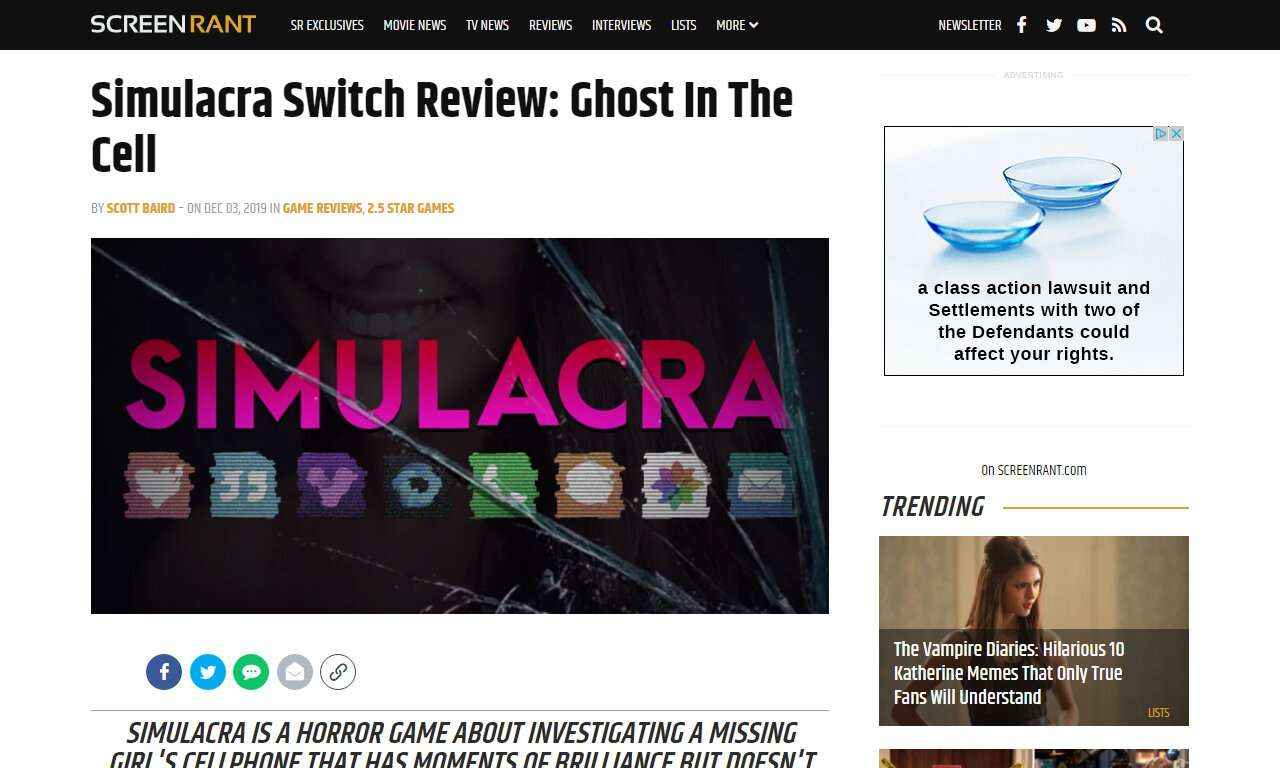