9-1-1: Lone Star trailer: Rob Lowe forms his own team of firefightersFOX has released the sneak peek promo for their upcoming 9-1-1 spinoff series 9-1-1: Lone Star, highlighting a new team of firefighters led by Rob Lowe and Liv Tyler characters. The series will be making its debut with a special two-night event starting on Monday, January 19 and continuing on Monday, January 20.

Check out the video in the player below!

RELATED: Jim Parsons and Mayim Bialik to Reunite for New FOX Comedy CarlaSet in Austin, TX, the 9-1-1 spinoff follows a sophisticated New York firefighter (Lowe) who, along with his son, re-locates to Austin, and must try to balance saving those who are at their most vulnerable with solving the problems in his own life. The series will star Golden Globe-nominated actor Rob Lowe (St. Elmo Fire, The West Wing) and Liv Tyler (Lord of the Rings). 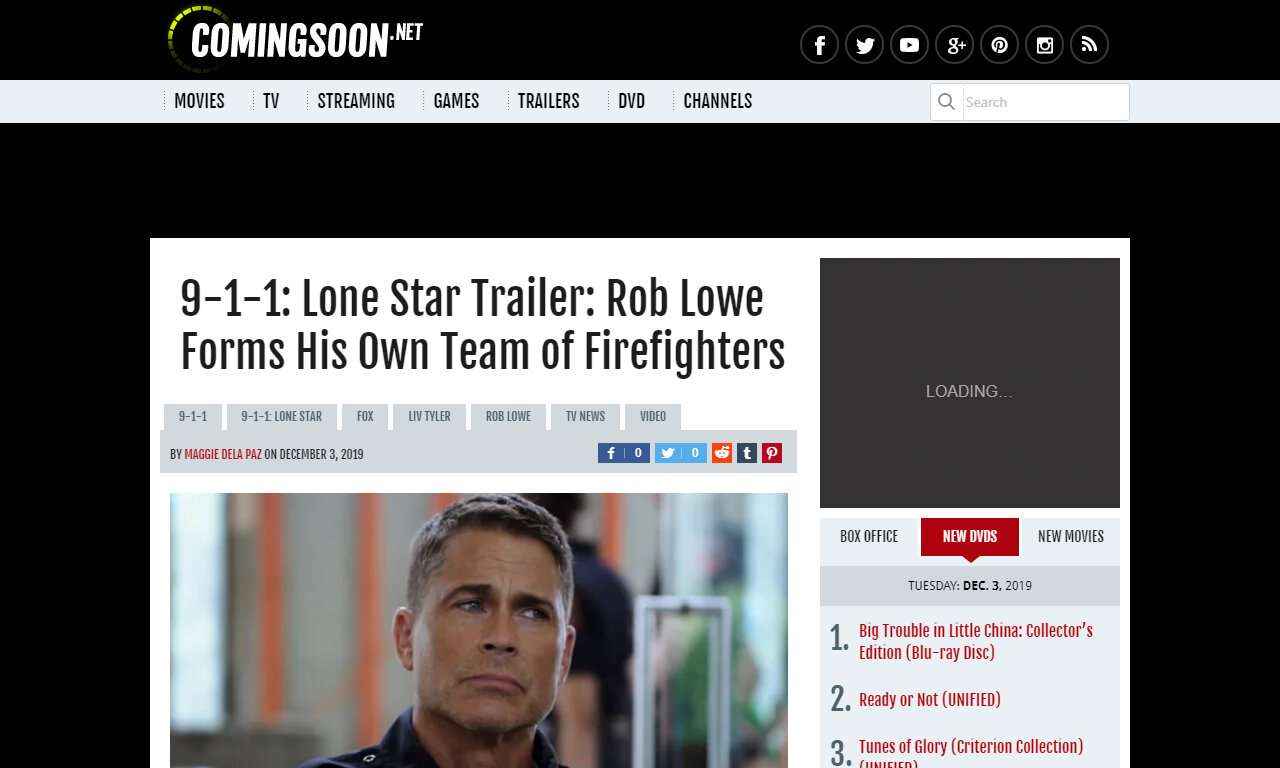