Donnie Yen is a blur of fists and fury in Ip Man 4: The Finale trailer

Based on the life and times of the world-famous Kung Fu master Ip Man (as played by Donnie Yen), the latest chapter in the Ip Man saga finds the Grandmaster traveling to the United States where his student has upset the local matial arts community by opening a Wing Chun school. If you are at a loss with regard to the art of Wing Chun, please allow me to educate you on this 'passive' technique. Wing Chun is a traditional Southern Chinese Kung Fu (wushu) style and a form of self-defense, known to many as 'beautiful springtime.

' By trading raw power for a gentler approach, Wing Chun emphasizes the use of soft and quick arm and leg movements to defeat one opponent.

According to Wing Chun lore, the soft-touch style was created by Ng Mui, who introduced the technique to her students as a way of defending themselves from unwanted advances.

Directed by IP MAN franchise helmer Wilson Yip from a script penned by Hiroshi Fukazawa (THE MYTH, DEVELOPMENT HELL) and Edmond Wong, IP MAN 4: THE FINALE stars Donnie Yen as the Granmaster himself.

Joining Yen for the latest chapter of the IP MAN saga are Scott Adkins (DOCTOR STRANGE, THE EXPENDABLES 2: BACK FOR WAR) as Barton Geddes, and Kowk-Kwan Chan (KU FU HUSTLE, SHOALIN SOCCER) as the legendary Bruce Lee. As one of the most mesmerizing martial artists in the game, Yen never ceases to amaze, and it looks as if he brought an impressive roster of fighters to tango with for this highly-anticipated finale.

This year is about to bring an Ip Man Christmas to theaters, and there ai not no position on Santa list that can save you from getting kissed by Yen fist while under the mistletoe. 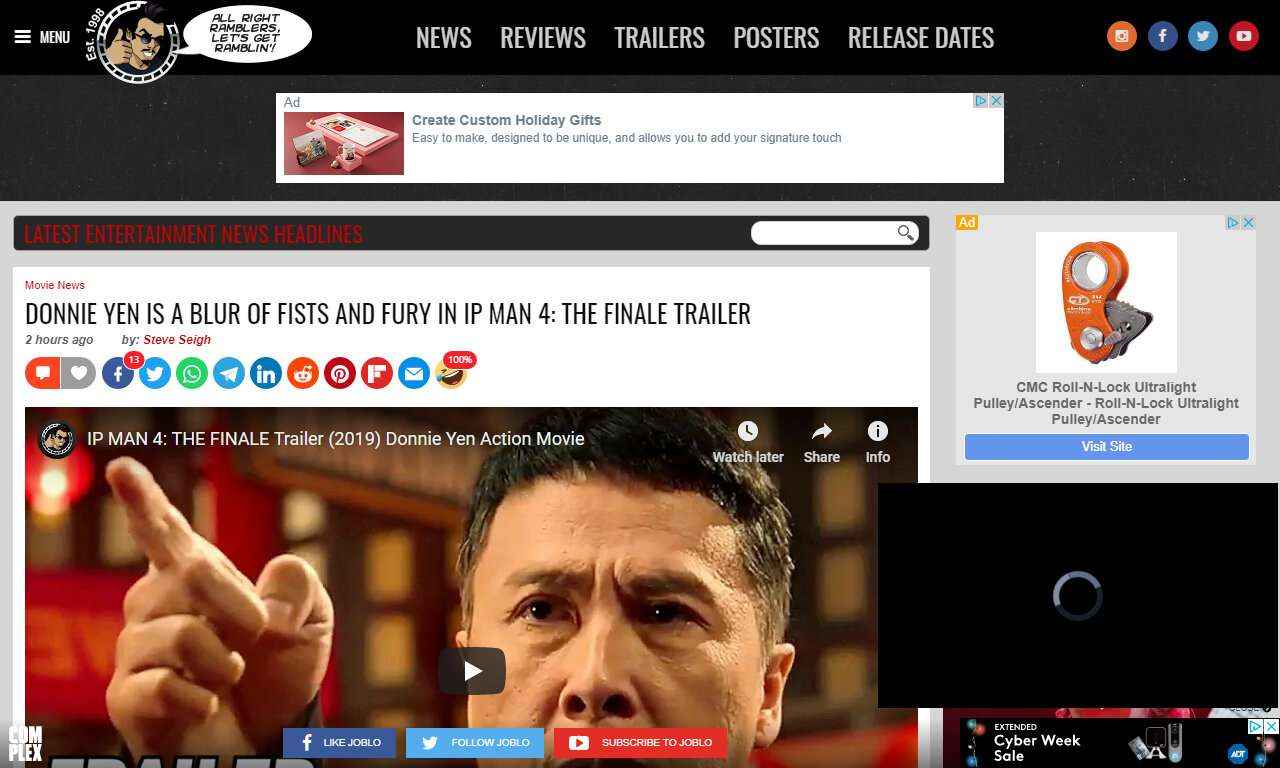