From Killing Eve season two show-runner and writer Emerald Fennell comes PROMISING YOUNG WOMAN, a 'delicious new take on revenge' starring Carey Mulligan (Collateral) as Cassie, a young woman who was once destined for greatness before a mysterious event abruptly derailed her future. focus Features has released the first trailer for the upcoming film, which finds Cassie leading a double life as she visits various nightclubs and acts as though she pass-out drunk.

When men take her home, she punishes the ones who attempt to take advantage of her.

until a mysterious event abruptly derailed her future.

But nothing in Cassie life is what it appears to be: she wickedly smart, tantalizingly cunning, and she living a secret double life by night. Now, an unexpected encounter is about to give Cassie a chance to right the wrongs of the past in this thrilling and wildly entertaining story.

PROMISING YOUNG WOMAN will debut at the Sundance Film Festival in January 2020 before hitting theaters on April 17, 2020. 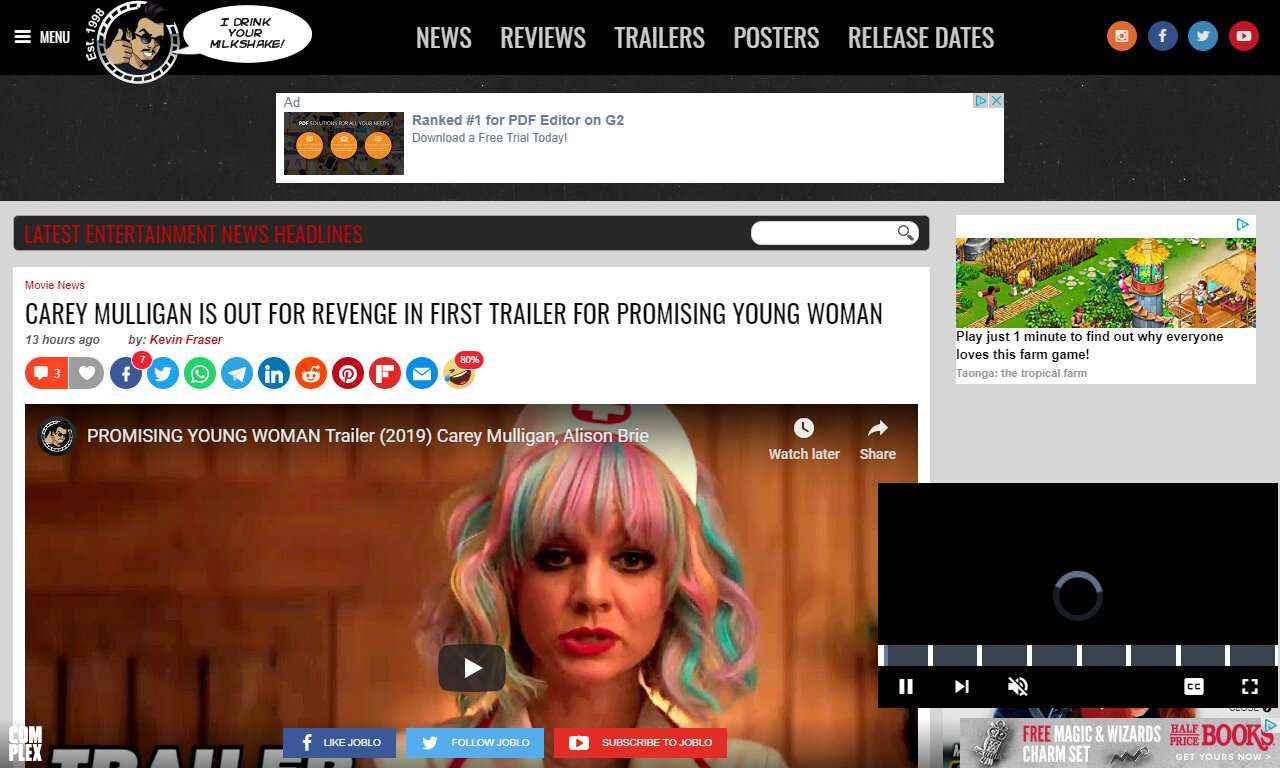