Curb Your Enthusiasm season 10 trailer: Everybody hates LarryHBO has released the official trailer for the upcoming tenth season of the critically-acclaimed comedy series Curb Your Enthusiasm, featuring the return of Larry David after a two-year hiatus since season nine premiered last 2017.

The video also gives us a preview of the guest-stars that are set to appear this new season including Emmy nominee Laverne Cox and Golden Globe winner Jon Hamm. Check out the trailer below! RELATED: Avenue 5 Premiere Date and New trailer for HBO Comedy SeriesSeason 10 continues to follow Larry David living the good life out in Los Angeles and stumbling through one faux-pas after another.

The series is scheduled to return on January 19, 2020, exclusively on HBO. Debuting on HBO in 2001 and presenting 90 episodes to date, Curb Your Enthusiasm stars Seinfeld co-creator David as an over-the-top version of himself in an unsparing but tongue-in-cheek depiction of his fictionalized life. 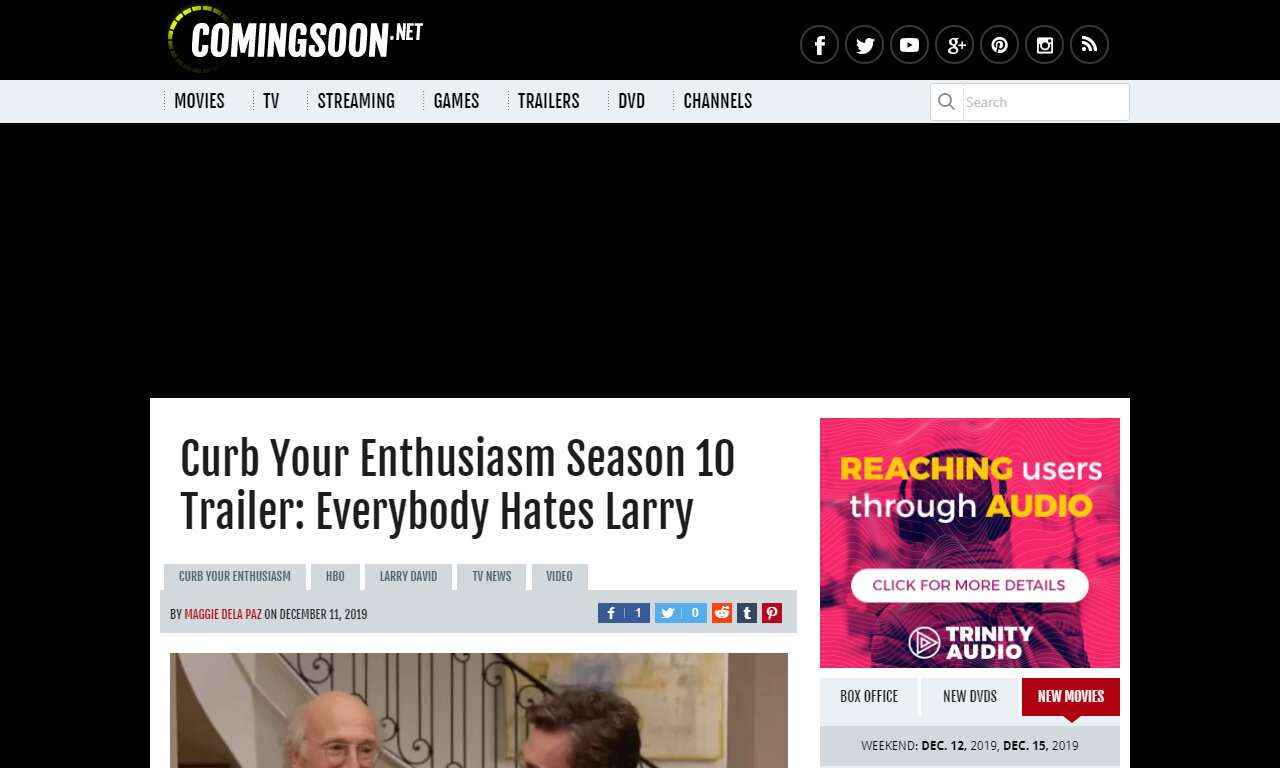