From co-directors Jen and Sylvia Soska, the new horror movie Rabid releases this week in select theaters and On Demand. The movie is a direct remake of the 1977 horror film of the same name by director David Cronenberg, which is widely considered to be ahead of its time with an unforgettable performance by lead actress Marilyn Chambers.

The result is a modern take on the story that pays its respects to the original in a big way, though the remake is certainly an enjoyable watch in its own way as well with many deviations to the familiar plot.

As with the original, the new Rabid follows a young woman named Rose whose face is badly disfigured after a horrific motorcycle accident. While definitely not a comedy, Rabid feels a bit like a much darker version of Santa Clarita Diet, following Rose struggles with her overpowering desire to feed. This leads to her attacking some unlucky souls she manages to get her hands (and other new appendages) on, spreading the virus throughout the city reminiscent of a zombie outbreak.

Rabid really shines with its cast, and I especially enjoyed Jigsaw star Laura Vandervoort in the lead role of Rose. Her boss in the movie, a fashion designer named Gunter, was also a very memorable and entertaining character, hilariously brought to life by the talented actor Mackenzie Gray (Legion). While it wo not replace the original Rabid from Cronenberg, horror fans will have a fun time with the Soska Twins' remake, and I recommend giving it a go this weekend. 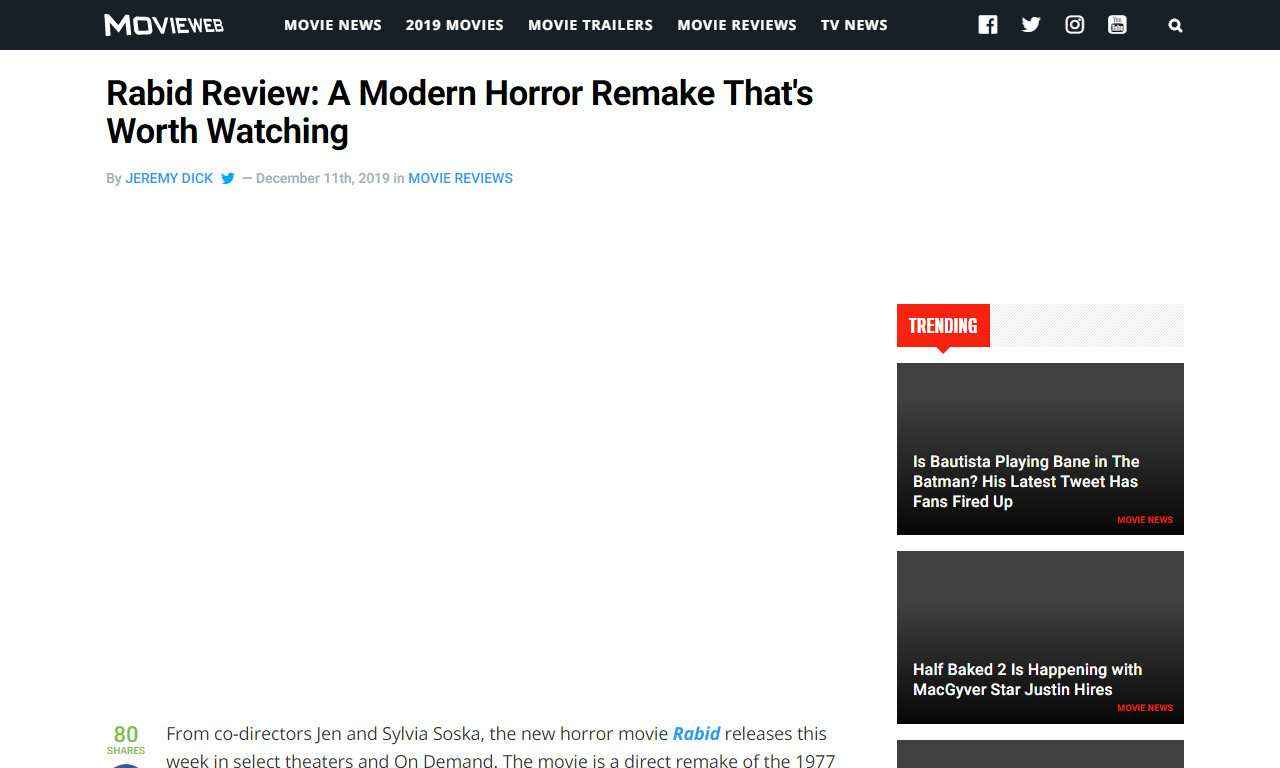