'VFW' Trailer: Stephen Lang and His War Vet Pals in Get Their Own 'Assault on Precinct 13'-Style Action Film

VFW, an Assault on Precinct 13-style action film from director Joe Begos (Almost Human, Bliss), is about a group of war veterans who take a violent stand against against a gang of encroaching street punks. Even though he was the villain in Avatar, one of the biggest movies of all time, Lang is still decidedly a 'that guy' actor: one of those performers audiences vaguely recognize from seeing him across the decades, but often cannot quite place him.

VFW played at this year Fantastic Fest, and our review calls it 'vile, repugnant splatterhouse cinema' that features 'head-exploding, arm-chopping, stake-skewering kills' and feels 'like a combination of John Carpenter and William Lustig. ' Here an excerpt:VFW is a roll call of legends ready for one last ass-kicking tour of duty, with everything used as weapons from deer antlers to buzzsaws to flagpoles.

It an allergic reaction to Reagan war on drugs that might as well be a dystopian rehash of The Warriors. If you are into 'Splatterhouse Cinema' that respects its elders and tenderizes human bodies without remorse, Joe Begos has a pile of discarded corpses waiting for you. Dallas Sonnier (Bone Tomahawk, Brawl in Cell Block 99), Amanda Presmyk (Satanic Panic), and Josh Ethier (Bliss) are credited as the film producers.

Here the official synopsis:A typical night for a group of war veterans at the local VFW turns into an all-out battle for survival when a teenage girl runs into the bar with a bag of stolen drugs.

Suddenly under attack from a gang of punk mutants looking to get back what is theirs - at any cost - the vets use every weapon they can put together to protect the girl, and their VFW, in the biggest fight of their lives. 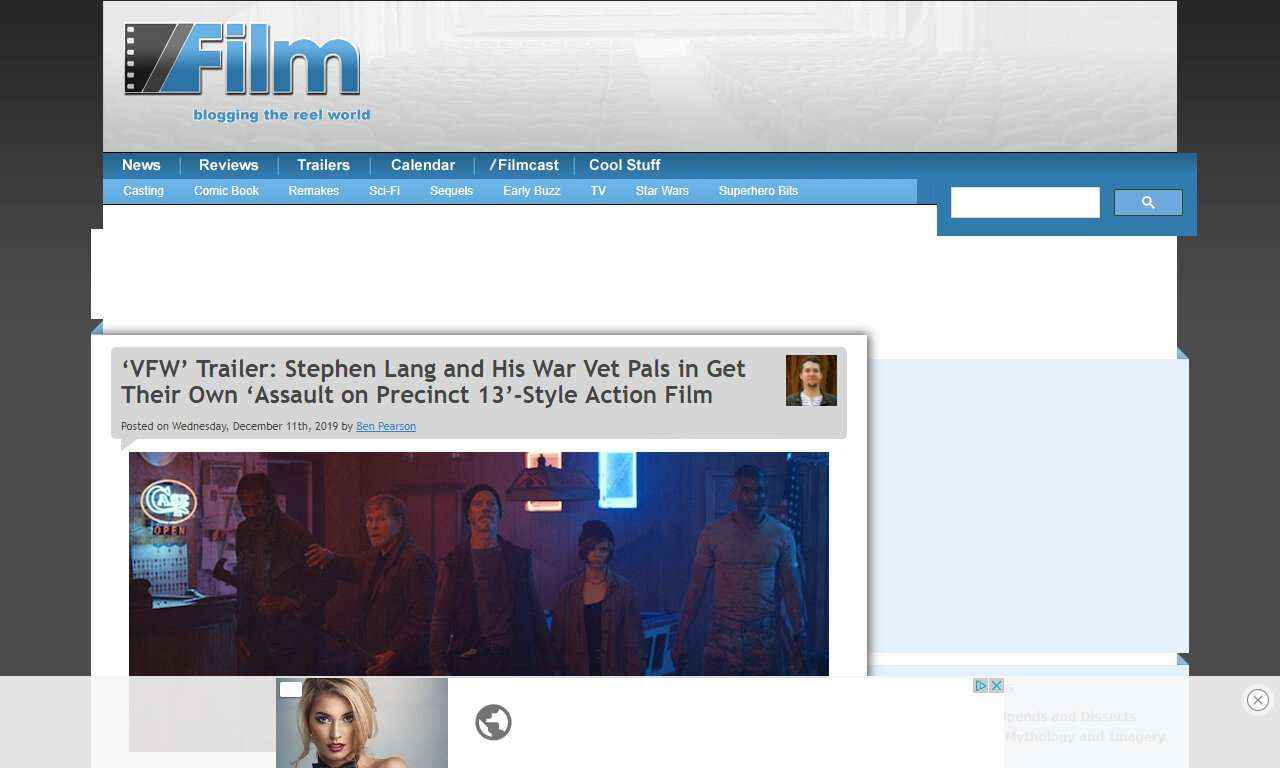