You can check out the trailer now in the player below! RELATED: It Time for Change in Showtime The Chi Season 3 TrailerThe final season of Homeland finds Carrie Mathison (Danes) recovering from months of brutal confinement in a Russian gulag.

Her body is healing, but her memory remains fractured - which is a problem for Saul (Mandy Patinkin), now National Security Advisor to the newly ascendant President Warner (Emmy and Golden Globe winner Beau Bridges).

The top priority of Warner young administration is an end to the 'forever war' in Afghanistan, and Saul has been dispatched to engage the Taliban in peace negotiations. But Kabul teems with warlords and mercenaries, zealots and spies - and Saul needs the relationships and expertise that only his protege can provide. Against medical advice, Saul asks Carrie to walk with him into the lion den - one last time.

The new season will also star Emmy nominee Hugh Dancy (Hannibal, The Path, Late Night) who is joining wife Claire Danes on the final season. Produced by Fox 21 Television Studios for Showtime, Homeland was developed for American television by Alex Gansa and Howard Gordon and is based on the original Israeli series Prisoners of War by Gideon Raff.

RELATED: Showtime Renews The L Word: generation Q and Work in Progress for a Second SeasonThe series will return on Sunday, February 9, 2020. 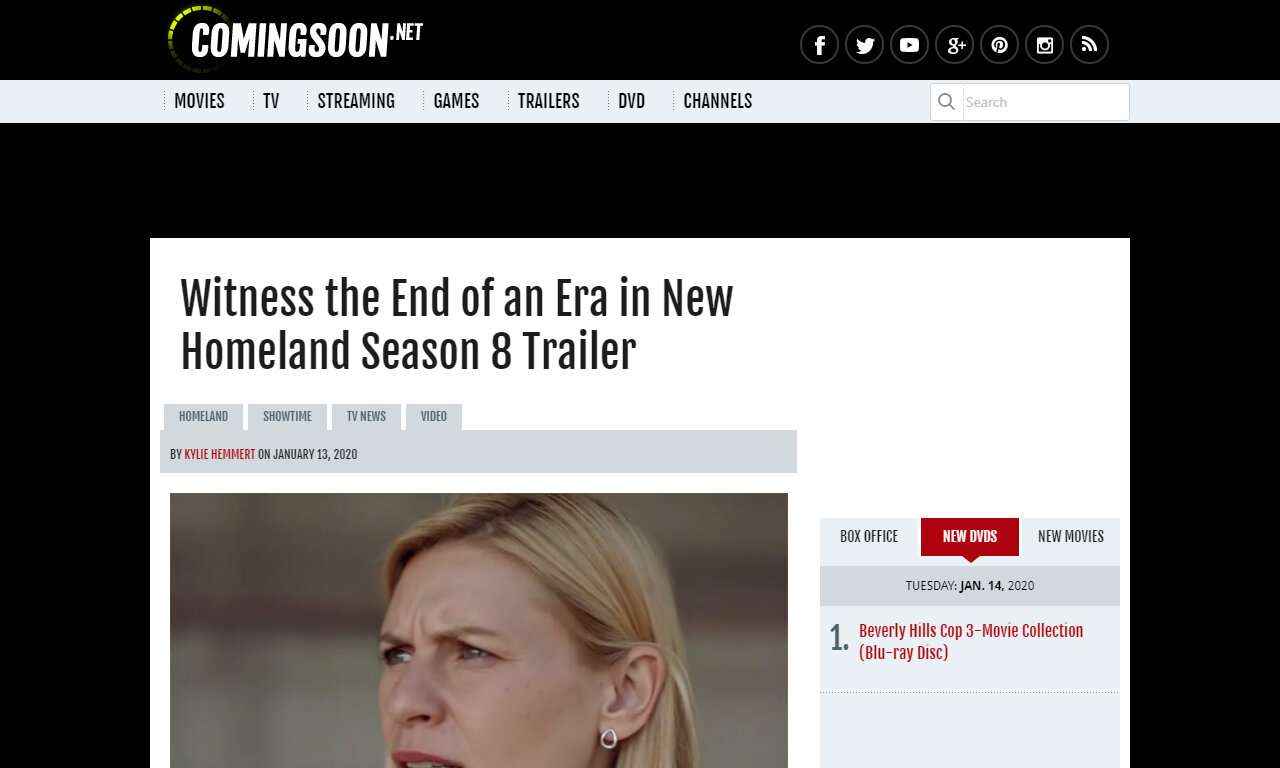