Vertical Entertainment has debuted an official US trailer for the indie drama The Kindness of Strangers, the latest film by Danish filmmaker Lone Scherfig (of An Education, One Day, The Riot Club, Their Finest).

The main character is a young woman named Clara, played by Zoe Kazan, who takes her kids and runs away from an abusive husband who also happens to be a cop. Also stars Andrea Riseborough, Tahar Rahim, Caleb Landry Jones, Jay Baruchel, Bill Nighy, and David Dencik. Clara (Zoe Kazan) arrives in wintry New York with her two sons on the back seat of her car.

The journey, which she has disguised as an adventure for her children sake, is soon revealed to be an escape from an abusive husband and father. But the big city shows mercy: in their search for refuge, the family meets a selfless nurse named Alice who arranges beds for them at an emergency shelter. While stealing food at a Russian restaurant called 'Winter Palace', Clara meets an ex-con, Marc, who has been given the chance to help the old eatery regain its former glory.

The palace soon becomes a place of unexpected encounters between people who are all undergoing some sort of crisis and whom fate has now brought together. The Kindness of Strangers is written and directed by Danish filmmaker Lone Scherfig, of the films Italian for Beginners, Just Like Home, An Education, One Day, The Riot Club, and Their Finest previously. 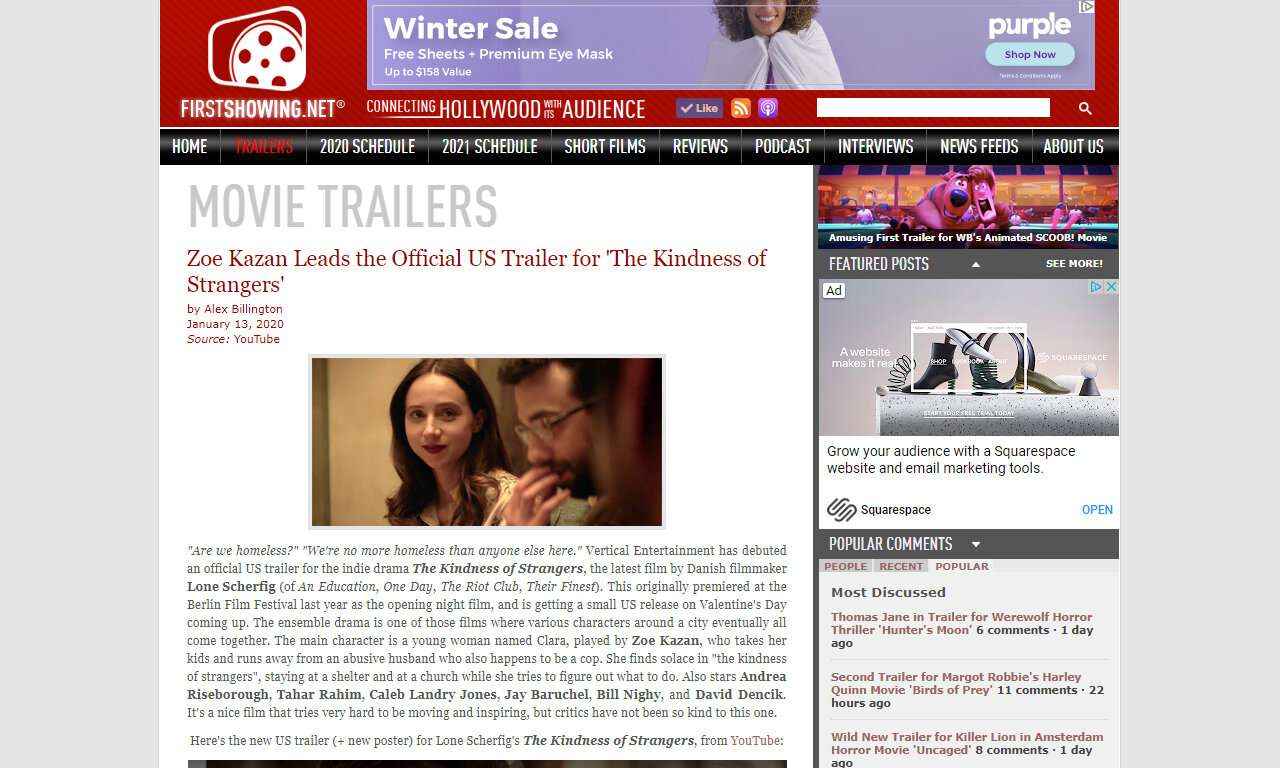