'Interrogation' First Trailer: You're the Detective in CBS All Access' New Crime-Solving Series

by Meredith B. Kile‍

All 10 episodes of the series are available on Feb.

6 on the CBS streaming service, introducing a unique watching experience.

The first episode will place viewers at the scene of the crime on the day a woman is found murdered, -- March 10, 1983, to be exact -- with her son arrested and charged as the primary suspect.

Viewers are then encouraged to follow the series like a cold case detective, watching the standalone investigative episodes in any order -- presenting over 40,000 possible combinations -- as they piece together the clues leading up to the series finale.

Each episode is structured around interrogations informed by real police files as the incarcerated son, Eric Fisher (played by Kyle Gallner), attempts to prove his innocence. Peter Sarsgaard stars as David Russell, the lead detective on the case, alongside David Strathairn, Kodi Smit-Mc Phee and special guest star Vincent D'Onofrio.

The series' key art and first trailer were unveiled during CBS All Access' presentation at the Television Critics Association winter press tour on Sunday.

6 on CBS All Access. 5 True Crime Stories You Need to Watch This video is unavailable because we were unable to load a message from our sponsors. 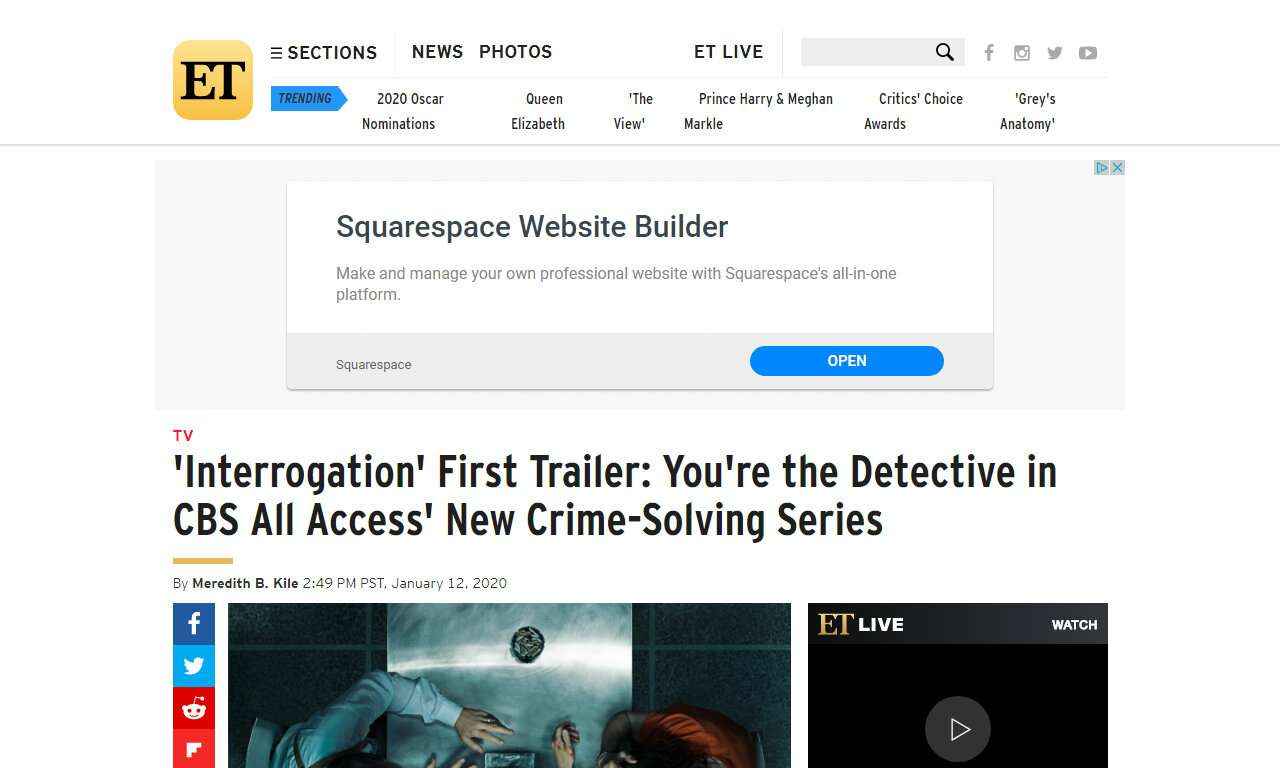