Official trailer for 'Foosballers' Doc About Professional Table Soccer'She hits that ball harder than her momma does.

' Pull Shot Productions in association with Cascia Films has debuted an official trailer for an indie documentary titled Foosballers, produced, edited and directed by Joe Heslinga. As the title indicates, this film is indeed about the people who compete in the table soccer game known best as foosball.

Enter the underground world of professional foosball, a sport that been around for over 40 years but no one knows exists.

' Looks like an amusing, crazy, compelling doc to catch sometime.

Here the official trailer (+ poster) for Joe Heslinga documentary Foosballers, direct from You Tube:This award-winning documentary film takes a deep dive into the underground world of professional table soccer, following six of the top players as they prepare for the Tornado World Championships. 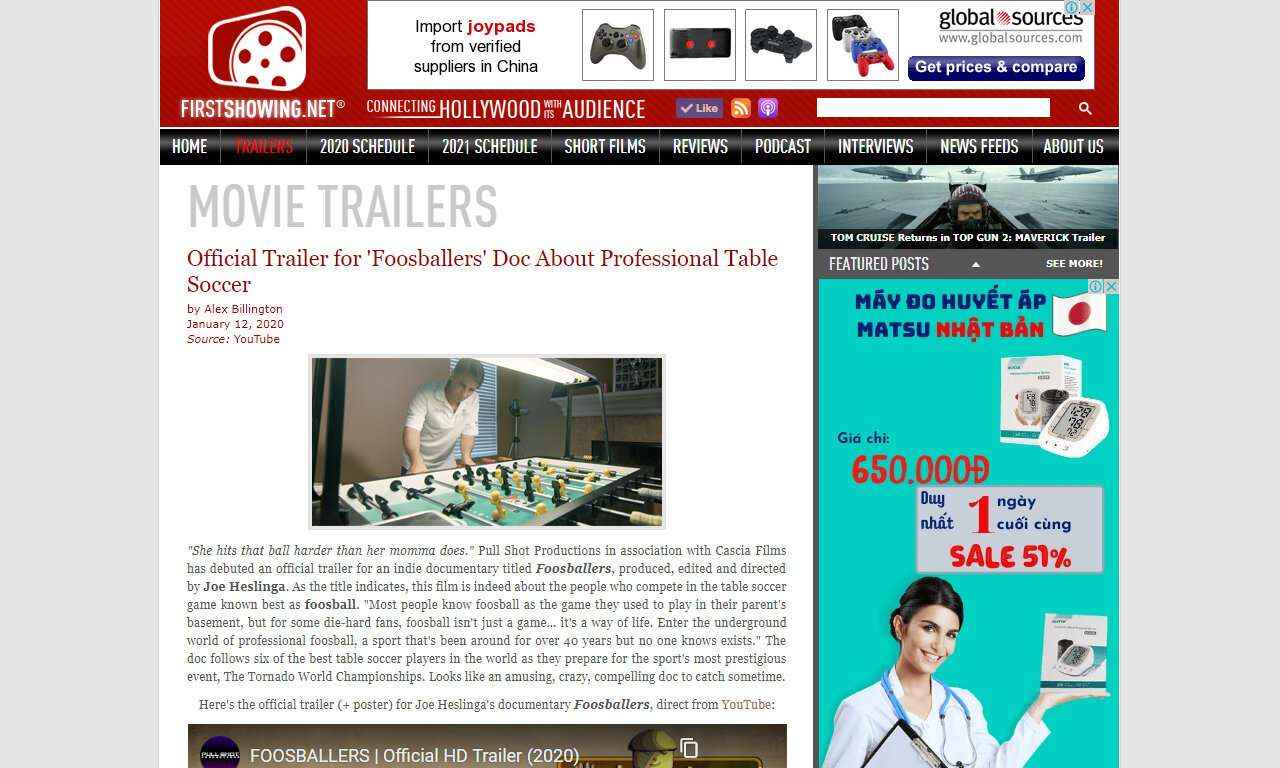