Sony Pictures has premiered both the second international trailer for 'Bloodshot,' the new Vin Diesel-led adaptation of the famed Valiant Comics title.

Diesel plays Ray Garrison, a marine who is murdered and resurrected by a secret team of scientists (led by Guy Pearce). Enhanced with nanotechnology, he becomes a superhuman, biotech killing machine - Bloodshot.

As Ray first trains with fellow super-soldiers, he cannot recall anything from his former life.

But when his memories flood back and he remembers the man that killed both him and his wife, he breaks out of the facility hellbent on revenge, only to discover that there more to the conspiracy than he originally thought.

The new trailer offers a bunch of new effects shots and showcases both more of Diesel powers and a look closer to the comics than the previous trailer teased. Dave Wilson helms 'Bloodshot' from a script by Eric Heisserer and Jeff Wadlow and the film is scheduled to open March 13th. 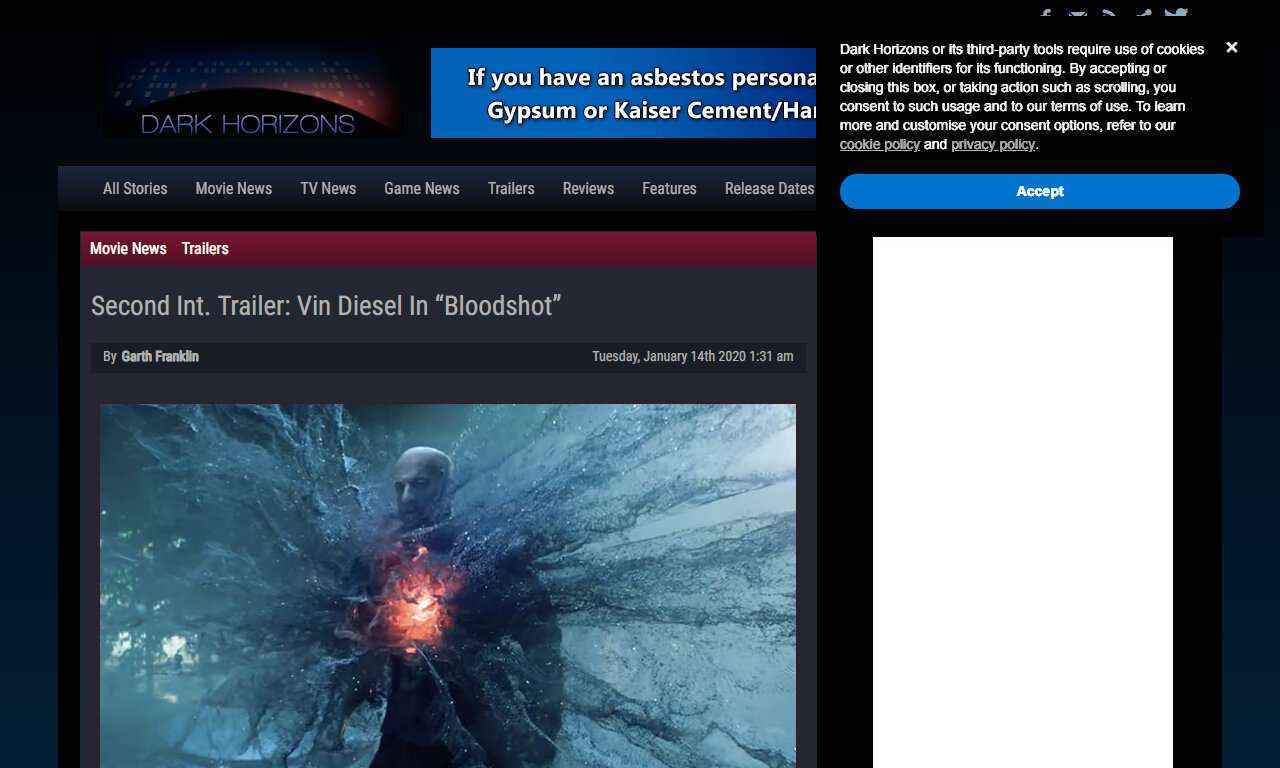