A team formed by the only superheroes left will try one last desperate sortie against the merciless villain.

The synopsis of the Crisis on Infinite Earths Episode 4 reads as follows:Stuck in the Vanishing Point, the Paragons search for a way to escape. The futility of the situation is compounded by The Flash (guest star Grant Gustin) disappearance. Meanwhile, the origin stories for The monitor (guest star La Monica Garrett) and Anti-monitor are revealed.

Glen Winter directed the episode written by Marv Wolfman & Marc Guggenheim. You can check the new Crisis on Infinite Earths finale teaser in the player below.

RELATED - Final Crisis on Infinite Earths trailer Brings the Battle For All CreationThe cast for the crossover consists of characters from Arrow, The Flash, Legends of Tomorrow, as well as Supergirl and Batwoman.

In addition to Brandon Routh and Tom Welling as Superman, other cast members include Tyler Hoechlin as Superman, Elizabeth Tulloch and Erica Durance as Lois Lane, Jon Cryer as Lex Luthor, Osric Chau as Ryan Choi/The Atom, Stephen Lobo as Jim Corrigan/The Spectre, La Monica Garrett as both The monitor and The Anti-monitor, Tom Cavanagh as Pariah, and John Wesley Shipp appearing as an older version of The Flash. Kevin Conroy portrays a version of Bruce Wayne from the future (his first time playing the character in live-action). 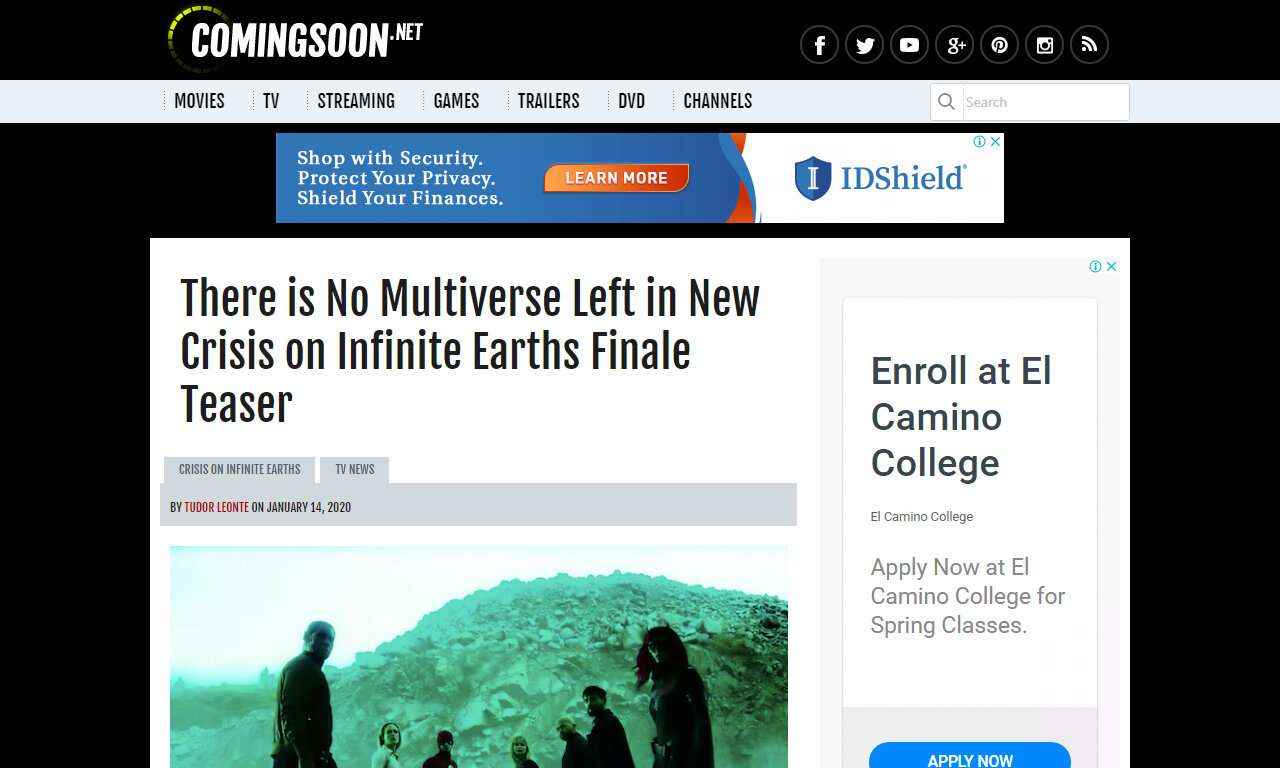