First trailer for Greek 'Frankenstein' Movie Directed by Costas Zapas'At the end of the day, we are all Monsters, are not we. ' Net Films, Dreamfilms, and Asgard International have unveiled the first official trailer for an experimental new take on the 'Frankenstein' story from Greece, titled simply Frankenstein, or Phrankenstein. Directed by Costas Zapas, it is described as 'an enticing, refreshing take of the classic novel that re-introduces its iconic characters in a gothic film for an entirely new viewers generation.

' Interviewing the theatre troupe members, the reporter is confronted with the dark heroes of the novel, who appear in the city more alive than ever. Her investigations lead her to a universe of monsters and finally to a revelation about the secret of an eternal love that defies even death. The film is set to arrive this year - stay tuned for updates. 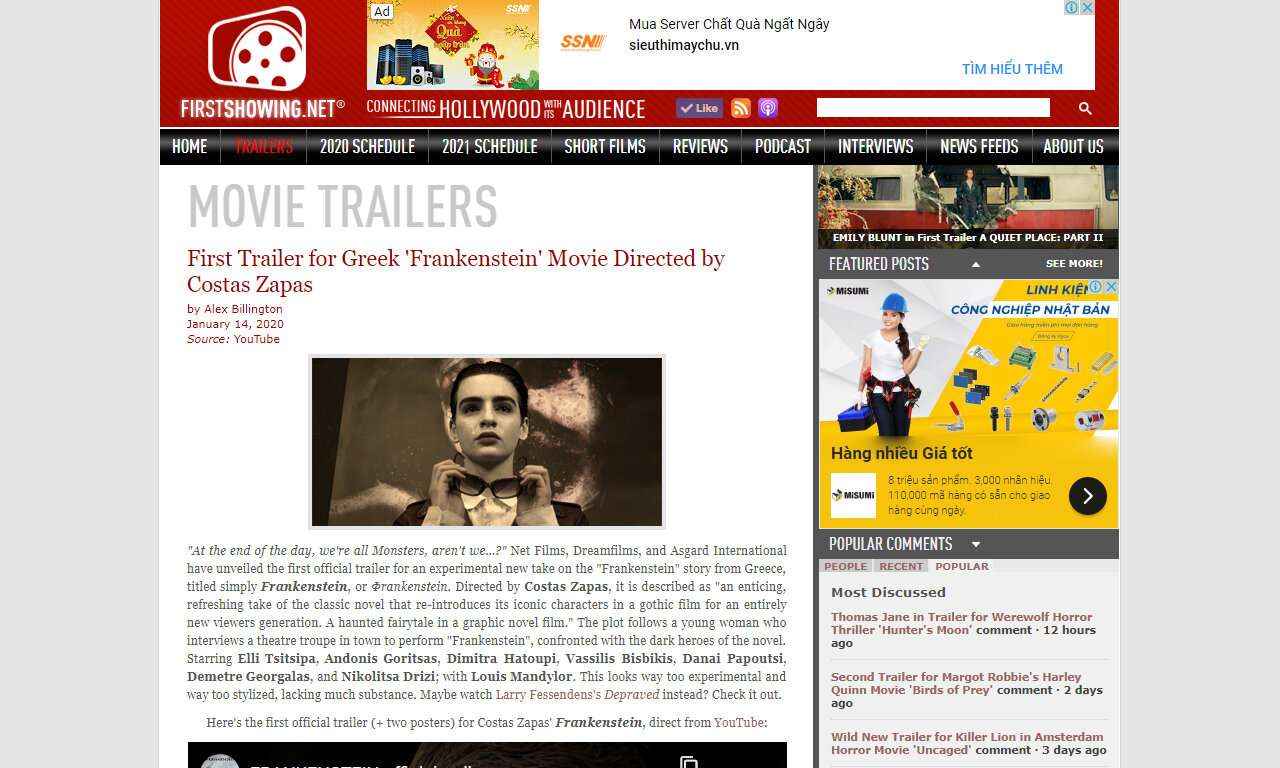