Jonathan Mangum in First trailer for 'A Patient Man' Revenge Drama'People deal with the loss of a loved one in a lot of ways.

After four months of recovering from his injuries, he starts the long process of putting his life back together again.

It pretty obvious from the trailer what is going on, so it not really a spoiler or anything, but this does look like a tricky setup for a film to make you wonder what is really happening. Jonathan Mangum stars with Tate Ellington, plus a small cast including Kelsey Scott, David Jahn, Elaine Loh, and Amir Talai.

This looks like a low key psychological drama that may be worth a watch. Here the official trailer (+ poster) for Kevin Ward A Patient Man, direct from Ward own Vimeo:The film follows Tom Alexander (Jonathan Mangum) who seeks to put his life back together after a tragic car accident in which he was severely injured and his wife was killed.

His budding friendship with a fellow commuter who is riding the train under similar circumstances Aaron Clark (Tate Ellington) seems to be a massive help on the road to recovery. A Patient Man is both written and directed by American editor / filmmaker Kevin Ward, making his feature directorial debut after one short film and lots of editing work previously. 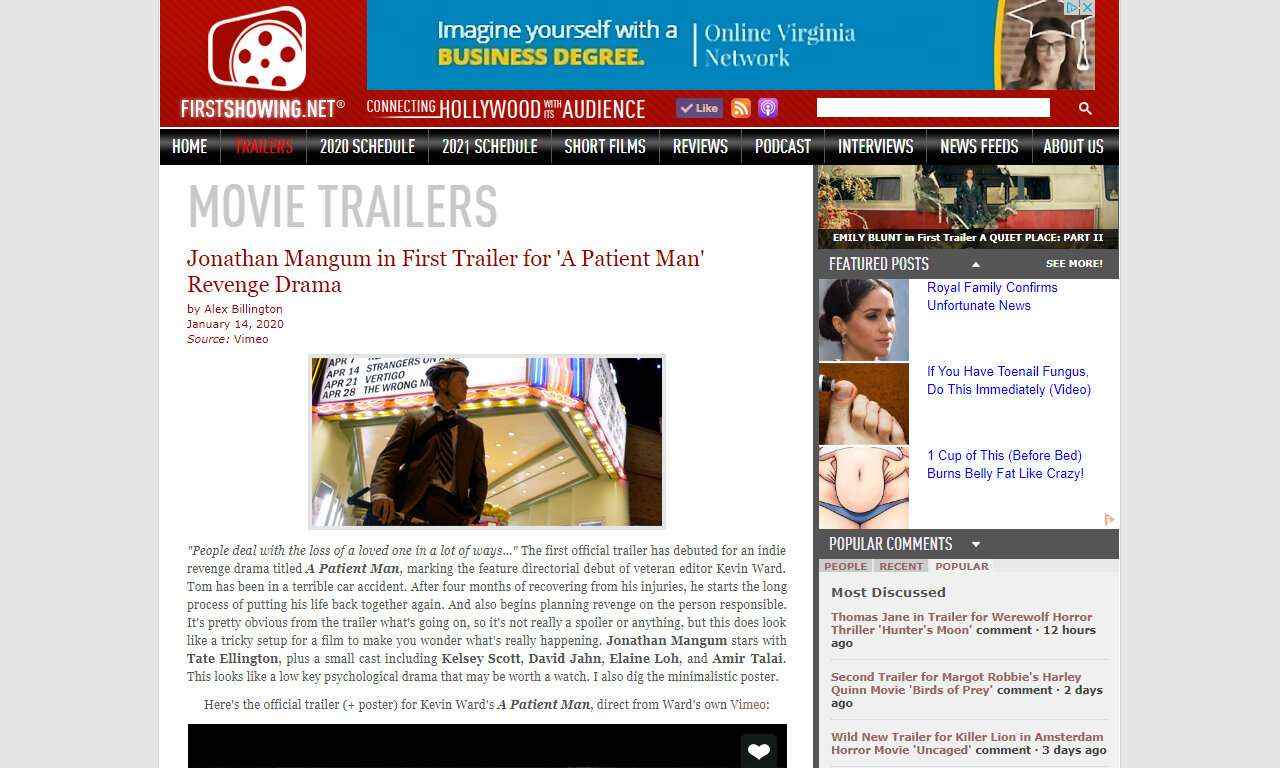