A secretive, high-tech gerrymandering initiative launched 10 years ago threatens to undermine our democracy. This film, Slay the Dragon, follows everyday people as they fight to make their votes matter. We must fight, as citizens and voters, to end gerrymandering and save democracy.

This looks like a well-made, inspiring film that shows us exactly what it will take to change things back, and return power to the people. Here the official trailer (+ poster) for Durrance & Goodman doc Slay the Dragon, from You Tube:It influences elections and sways outcomes-gerrymandering has become a hot-button political topic and symbol for everything broken about the American electoral process. Slay the Dragon is co-directed by filmmakers Chris Durrance (director of Gerald R. 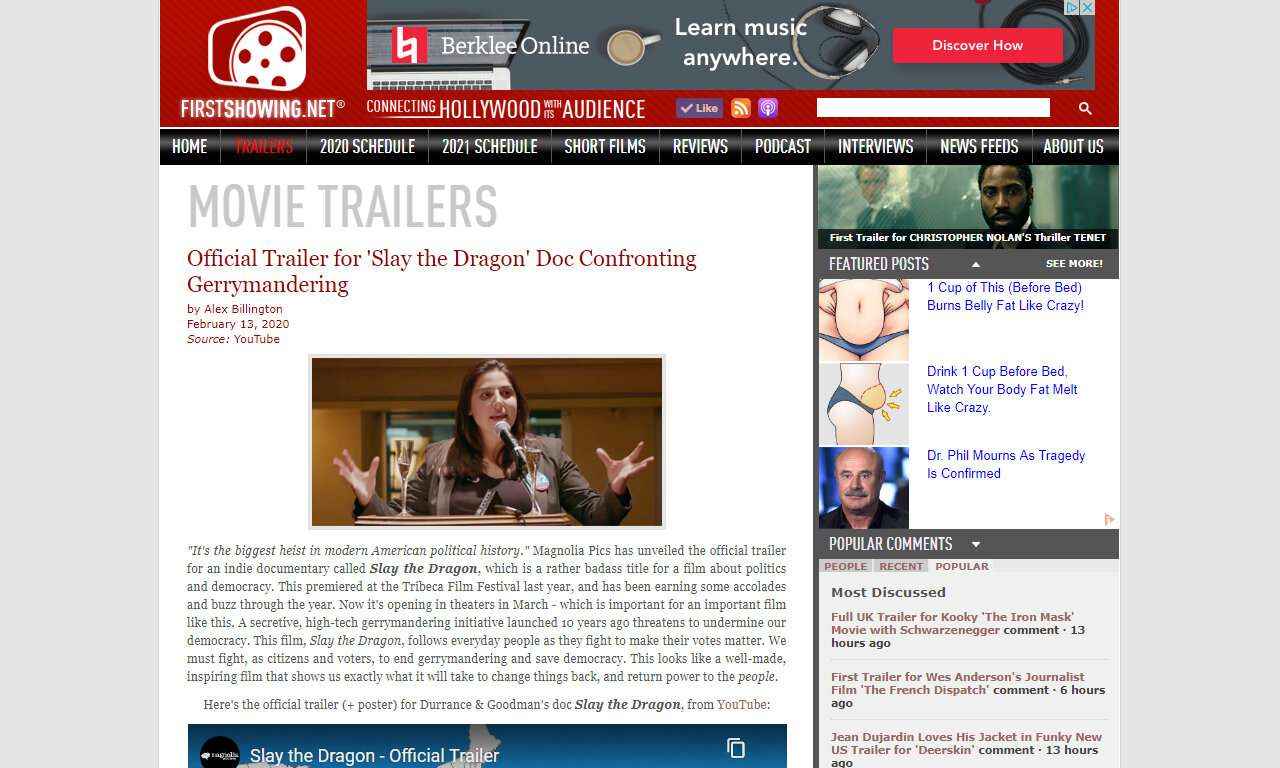