Shot by Shot with 'The French Dispatch' Trailer

The bright colors, symmetrical compositions, quirky humor, fashionable outfits, and whimsy that defined his work for decades are on full display in The French Dispatch, and it looks like another winning outing for the director.

Bringing these tales to life is a star-studded cast that includes Bill Murray, Tilda Swinton, Frances Mc Dormand, Owen Wilson, Adrien Brody, Lea Seydoux, Willem Dafoe, Saoirse Ronan, Timothee Chalamet, Elizabeth Moss, Christoph Waltz, Benicio Del Toro and many more. The trailer opens with an establishing shot of the magazine headquarters, as evidenced by the loud sign at the top of the building.

The flat composition, perfect symmetry, and vibrant colors are classic Anderson traits, and it clear from the get-go that this is a trailer for one of his movies. cut to the magazine office, where a team of journalists and a waiter are gathered around Arthur Howitzer Jr. (Bill Murray). The trailer reveals that Howitzer is a pioneer in his field, a legend who started out writing travelogue columns only to eventually turn them into an esteemed magazine that focuses on everything from politics to the arts.

It another perfectly composed frame that showcases cinematographer Robert D. Yeoman eye for a visual while revealing Wes Anderson quirky sense of humor and love of outlandish fashion.

It also clear from the signs in the background that some of these youngsters are part of a boy club, but their main goal is causing anarchy and gaining freedom. One of the stories covered in the movie pertains to a chef (played by Stephen Park) who specializes in 'police cooking. 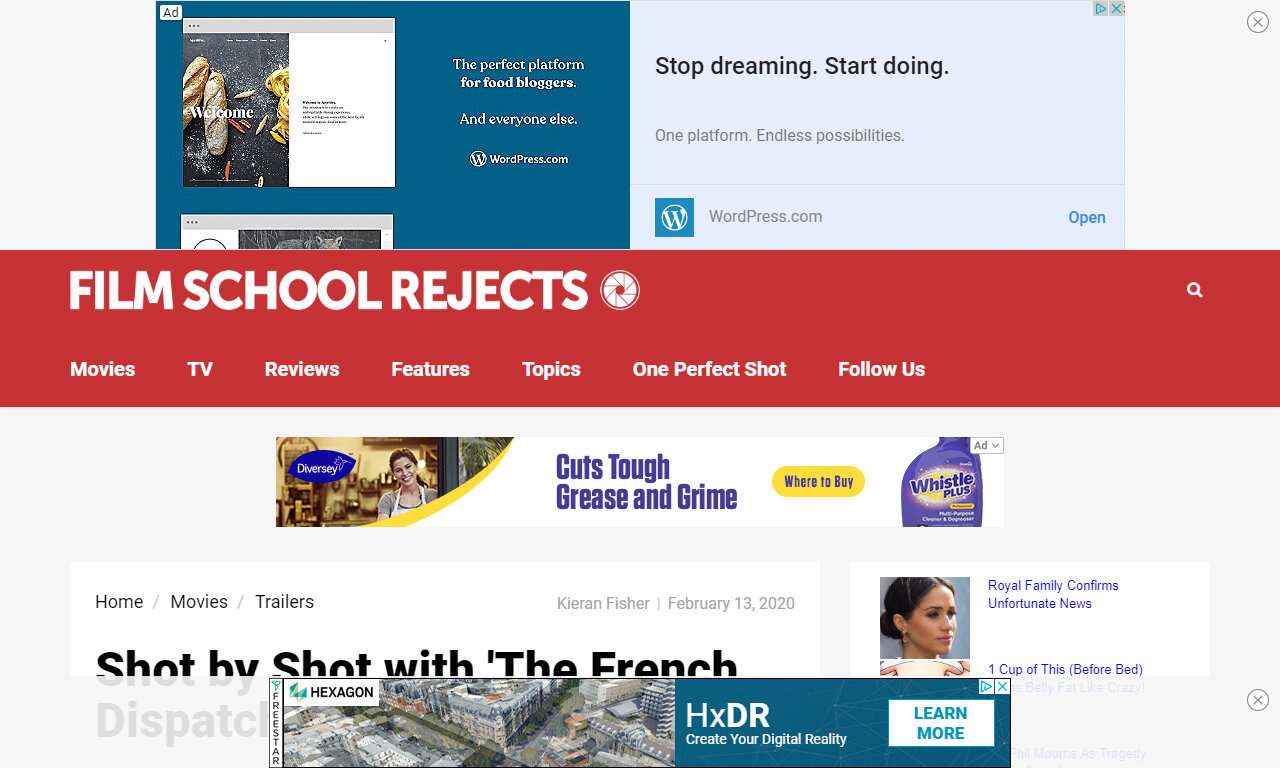