'Sonic the Hedgehog' Review: An Exhausting Video Game Adaptation With an Identity Crisis

The result is what may be one of the last acts of a desperate movie studio, so intent on mining intellectual property for all it worth and unable to realize they have hit the bottom of the barrel. As a youngster, Sonic is told to hide on Earth by his surrogate mother, a protective owl (because. sure, why not), so faceless bad guys will not capture him and take away the power built into each of his blue spikes.

Sonic hides out near the local sheriff, Tom Wachowski (James Marsden), and his wife (Tika Sumpter), essentially acting like their invisible child as they relax at home and have movie nights where they watch films like Speed and The Naked Gun. Paramount Pictures went to extreme lengths after the initial calumny and scorn -- they delayed the film release by a few months, and attempted to fix the problem.

The CG is not ever fully believable -- Marsden, as gifted an actor as he is, sometimes seems like he looking a foot above Sonic head when interacting with the blue dude -- but it not horrifying.

His Sonic talks a mile a minute, narrating his story with a snarky, hip, been-there-done-that vibe that reflects what happens when a punch-up room full of comedy writers try their hardest to get at least one of their one-liners in the script. (Worse still: Schwartz one-time late-night talk-show partner Adam Pally appears as a fellow Montana cop, and manages to barely create a single laugh. But even his take on the manic Dr. Robotnik feels less like a real character, and more like the studio saying, 'Well, we paid Jim Carrey a lot of money, so let him do whatever he wants, damn the consequences'.

You may laugh, for example, when some of Dr. Robotnik drones attack Tom house, Sonic tries to wrestle one to the ground, shouting, 'Can you believe Amazon wanted to deliver packages with these? 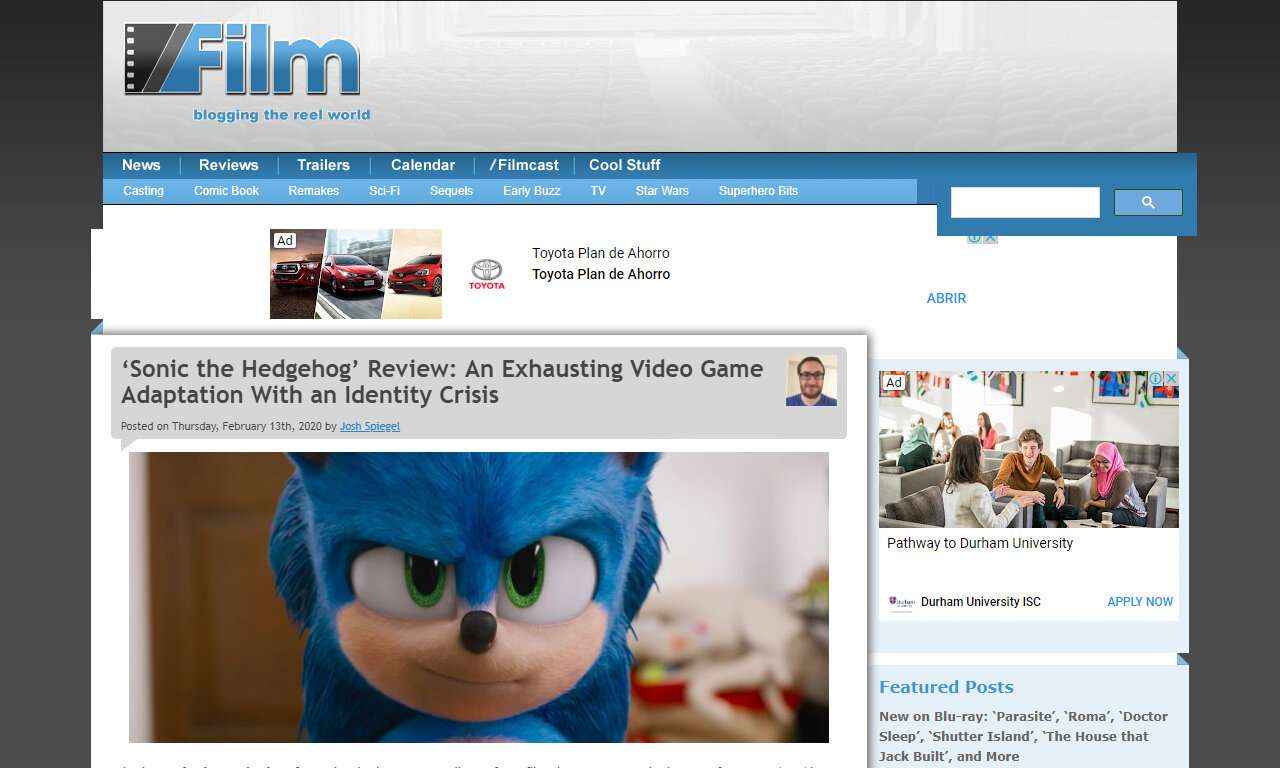