Indeed, Doom: Eternal frustrated me like few games have; and will likely cause many a gamer to chuck their controllers in pure rage -- even on a normal setting. Some of the online reactions bemoan the difficulty attaining ammunition, the increasingly manic firefights that evolve into some operatic level of insanity the deeper into the game you get; and the somewhat exhaustive platforming. But would you want it any other way?

Players start with a combat shotgun, but quickly gather more weapons and their added attachments, like the oh-so-sweet sticky bombs that come in handy against those pesky giant, gun-toting spiders. As with every Doom game, your goal is to collect keys, open doors, and find and explore secret areas all the while engaging in high-octane combat.

He zips around like a crack-fueled zombie wielding an ax that fires out some sort of laser thing that quickly depletes health with every hit.

I died about a dozen times during this battle, swore, threw a fit; and felt like a friggin' champ when I finally prevailed. 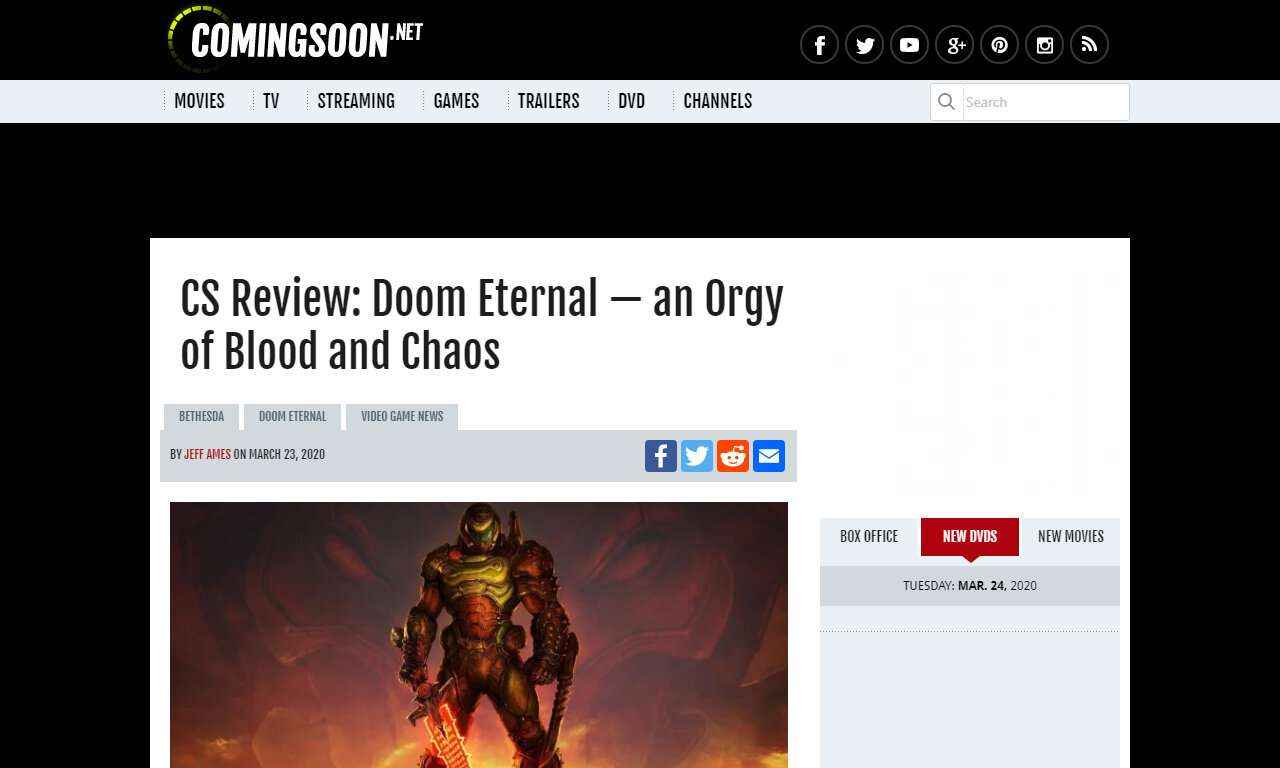