trailer: Celebrities reflect on fan letters in Apple TV+ seriesApple TV+ has debuted the first trailer for its upcoming documentary series Dear. which sees some of the world most iconic celebrities and storytellers reflecting on their careers through letters from their fans. The trailer can be viewed in the player below!

RELATED: Tom Hanks WWII Greyhound Film to Premiere on Apple TV+Inspired by Apple groundbreaking 'Dear Apple' TV spots, the series takes a cinematic approach to exploring the biographies of its iconic celebrity cast members through letters written by fans whose lives have been changed by their work.

is set to premiere on the streaming service on June 5. 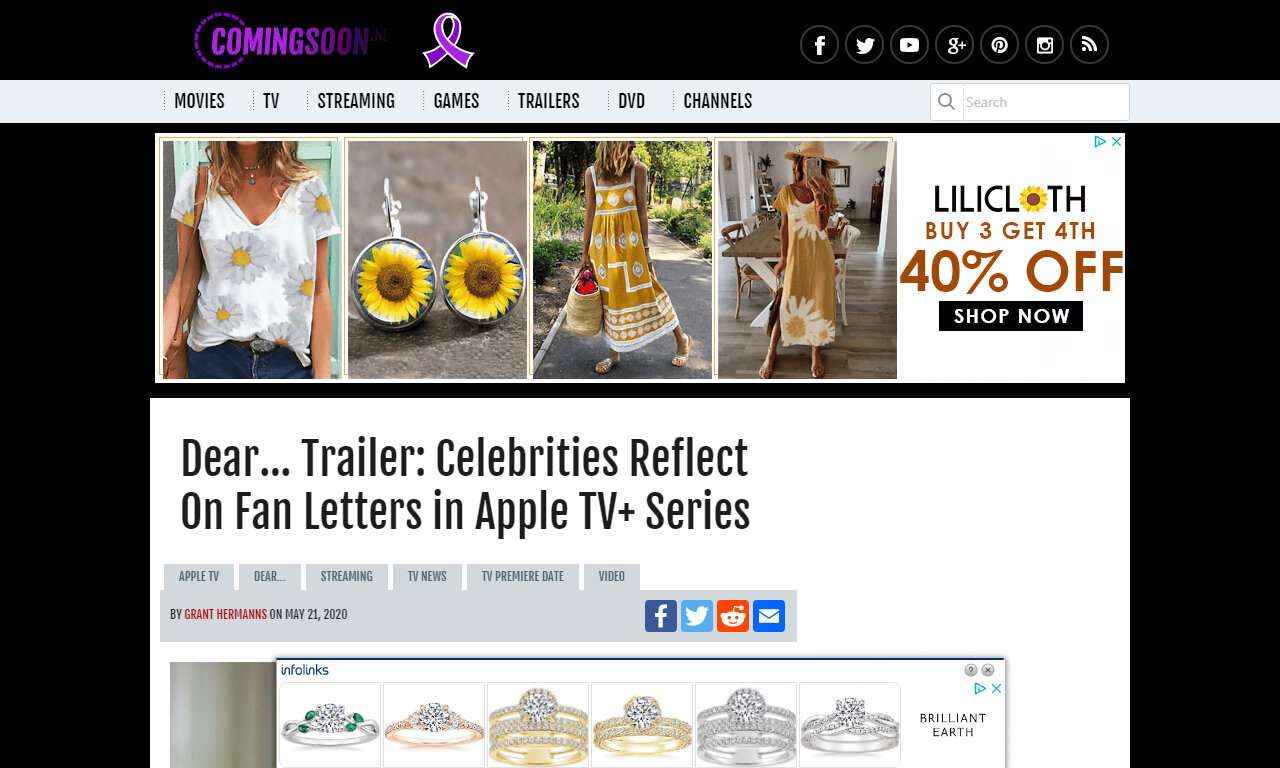