'I'll Be Gone in the Dark' Review: HBO's Chilling True Crime Series Is Moving But Bittersweet

I recall being terrified while watching The Silence of the Lambs at a neighbor house when I was 9 years old, and by the time I was 11 and allowed to go to the movie theater on my own, the very first R-rated film I saw without parental supervision was Copycat.

All this to say that like her many fans, I could relate to the tortured mind of Michelle Mc Namara, the talented crime writer and gifted investigator who got so caught up in these terrible cases that she died tragically while pursuing a prolific serial killer/rapist whom she dubbed the Golden State Killer.

HBO new six-part docuseries I will Be Gone in the Dark, from Lost Girls director Liz Garbus, chronicles Mc Namara descent into the macabre world of crime blogs and chat rooms, where theories are swapped as often as grisly photos. Though the case has become known in the national media as that of the Golden State Killer, the same man went by many names around California -- most notably, the East Area Rapist, or ear for short. Those who have not followed this harrowing case in real time may want to avoid reading further, but the fact that this monster was only captured following the publication of Mc Namara book is one of this story twisted ironies, given how elusive he proved to law enforcement over the preceding decades.

The two of them may have had legions of fans, but they were parents first and foremost, and by the end of this series, we know that Michelle legacy will live on beyond this book, which she dedicated to her father (having had a strained relationship with her own mother). The empathetic director does a remarkable job here -- even the opening credits feel necessary to watch -- and you really cannot underestimate the one-two punch of Lost Girls and this series for Garbus, who has gained the trust of so many people, taken their pain, and turned it into something beautiful -- a testimony to female resilience, strength in numbers, and dogged determination. Michelle Mc Namara will never be gone, not after this series, and certainly not after her book, which will live on long after the Golden State Killer, the East Area Rapist, and whatever else you want to call him. 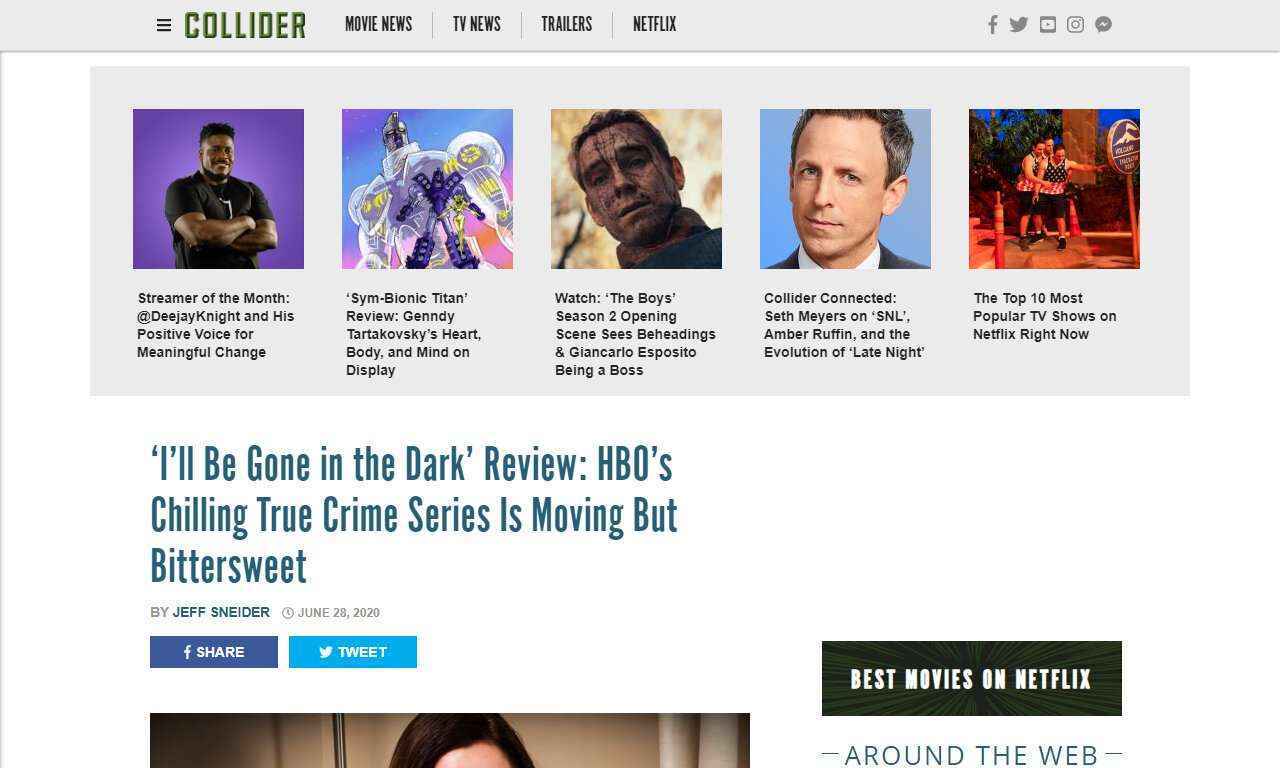