The new Soul teaser is narrated by Jamie Foxx, who voices Joe, a jazz musician and middle school band teacher.

The new teaser was unveiled at the Essence Festival of Culture during a virtual panel titled 'Finding 'Soul'' over the weekend.

This new teaser trailer takes a closer look at Joe human life and puts a focus on the movie Black characters. We meet Joe, get a look at his relationship with his music-loving father, and get a sneak peek at the gig which could propel him into full-time jazz stardom. The Pixar trailer is, as expected, gorgeous to look at and it is reassuring to see this movie is putting the focus on Black communities and the people who help make them sing and hum with life.

We also get to hear 'Parting Ways,' the song written, produced, and performed by Cody Chestnu TT for Soul.

In addition to Foxx, Soul features the voice performances of Tina Fey, Quest Love, Daveed Diggs, Phylicia Rashad, Angela Bassett, and Richard Ayoade. The Pixar movie is set to hit theaters in the early days of the holiday moviegoing season after getting bumped from its summertime release date earlier this year. If anything stands a chance of getting folks back to movie theaters, I'm putting my money on Soul. 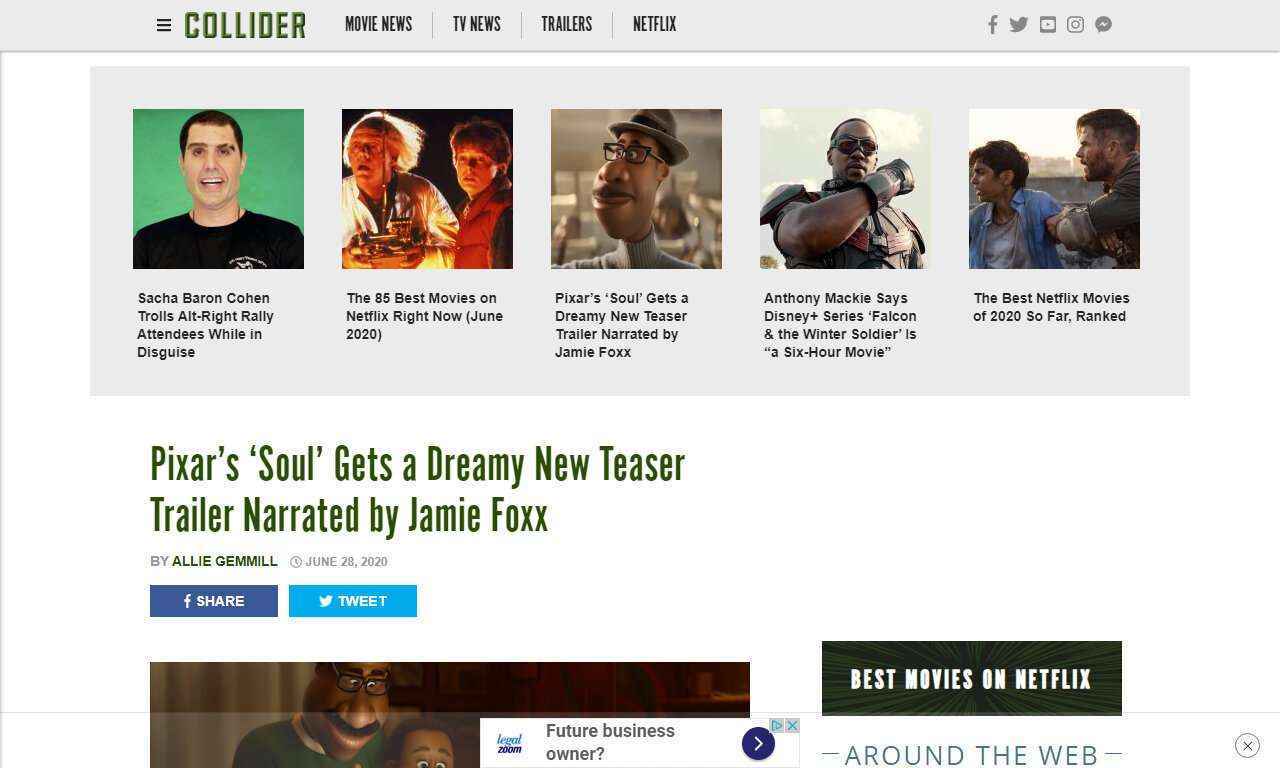