Jennifer Hudson is carrying on Aretha Franklin legacy! During the virtual BET Awards on Sunday, the first trailer for the Queen of Soul biopic, Respect, debuted, with Hudson starring as the late singer. The trailer debut came shortly after Hudson stunning performance of Franklin 'Young, Gifted and Black.

' Hudson, dressed in a gorgeous green gown, began on the piano before taking a stand. She belted out the song while her backup singers, wearing all white, offered support from a distance. Hudson, who won an Oscar for her role in 2006 Dreamgirls, opened up on The Kelly Clarkson Show in December about how Franklin handpicked her to star in the story about her life.

'She an iconic figure that we all love and respect and admire,' the American Idol alum recalled, noting that Franklin went to see her in a production of The Color Purple. 'Franklin died on Aug. 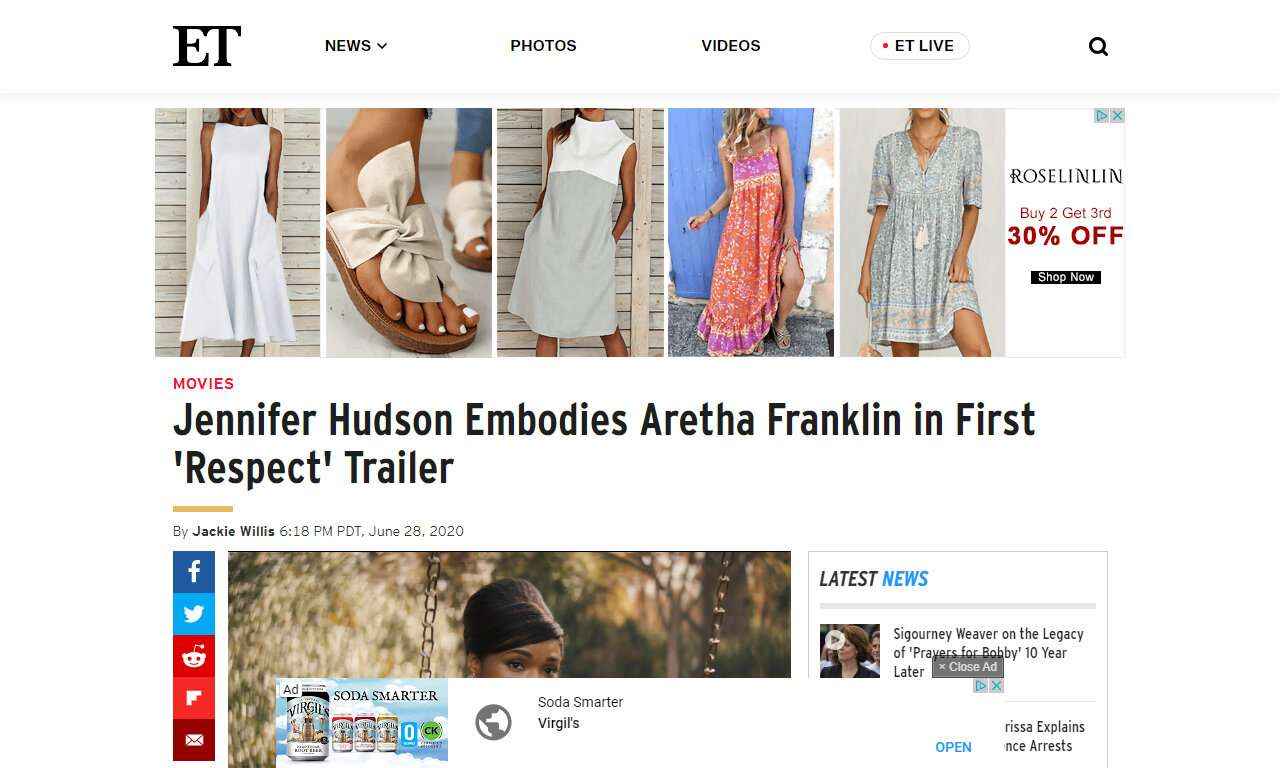