Yeah, there no way I'm tempting fate like so many teens did after watching the original CANDYMAN, starring Tony Todd and Virginia Madsen back in 1992. Based on the writings of Clive Barker, Bernard Rose film is getting a brand-new direct sequel courtesy of director Nia Da Costa (her film - LITTLE WOODS - was excellent) and producer-co-writer Jordan Peele.

Starring AQUAMAN Yahya Abdul-Mateen II as the new grown up version of the kid kidnapped by Candyman in the original, this looks like a bone-chilling re-imagining, and, appropriately, the man himself, Tony Todd, is back in the title role, opposite Vanessa Estelle Williams, who returns from the original, and Teyonah Parris, who just signed on for a prime role in Marvel Disney+ show 'Wanda Vision'as the grown up Monica Rambeau from CAPTAIN MARVEL. CANDYMAN, which was set to drop this summer, is now scheduled for September 25th, 2020! 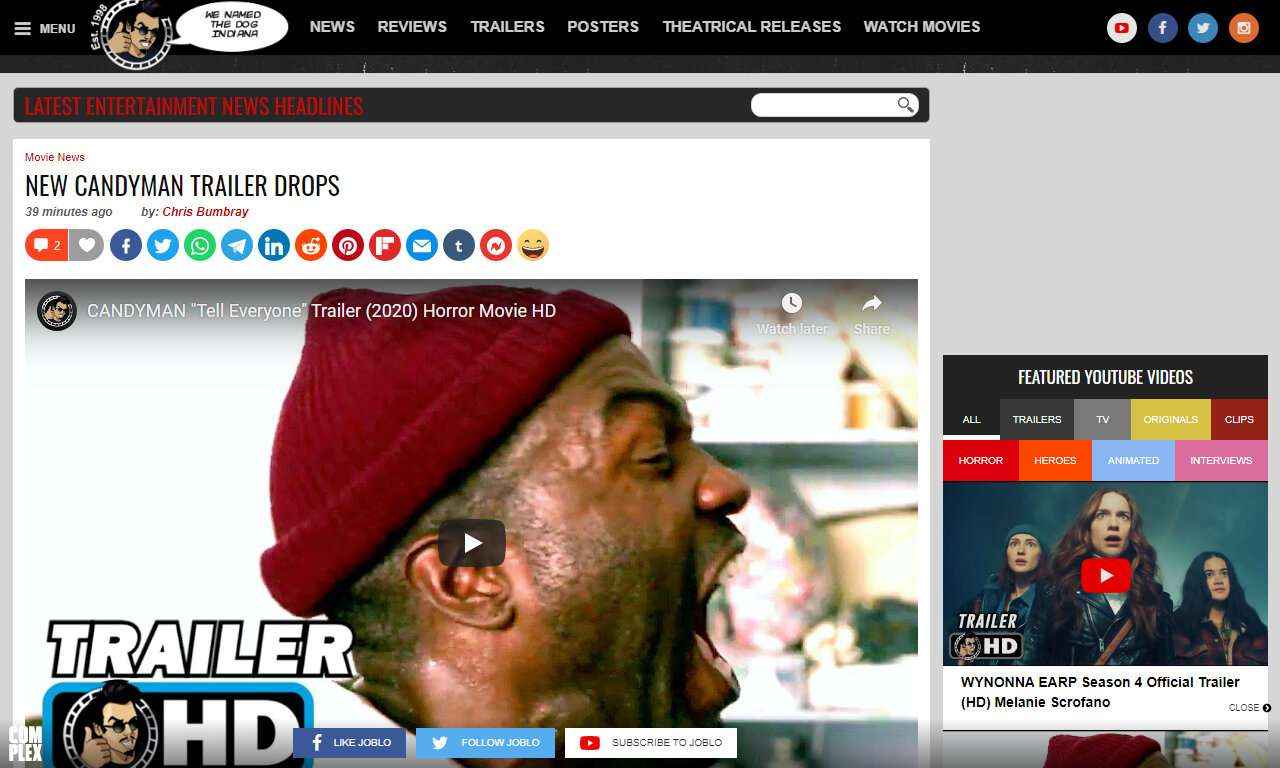