MONSTERS OF MAN | The Movie | OFFICIAL TRAILER
Play the video 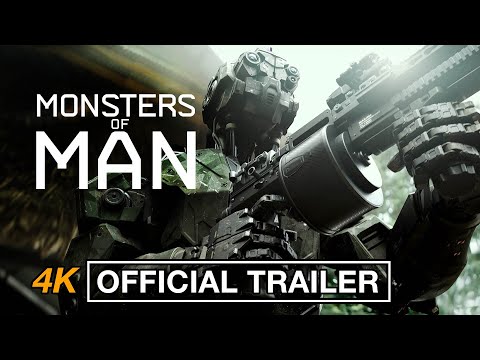 This is also the feature debut of a very successful commercials director named Mark Toia, making the leap into narrative filmmaking. Six doctors on a good cause mission witness the brutal slaughter of an innocent village and are forced into a deadly game of cat and mouse as they become the new targets. 'In his stunning directorial debut, Toia combines non-stop action with powerful special effects to explore AI, corruption and the terrifying possibilities of future warfare.

' The movie stars Neal Mc Donough, Jose Rosete, Jessica Blackmore, and Kayli Tran. This looks like someone made a Neill Blomkamp movie without him, about gnarly humanoid police robots that do not care about pesky humans. Here the first official trailer (+ main poster) for Mark Toia Monsters of Man, direct from You….