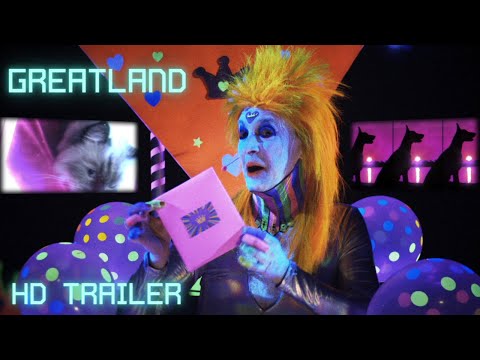 ' This dystopian fantasy film is set in a world where 'boys are married to trees, cats and dogs run for President and the Virus has become a new religion. ' Trapped in a world of perpetual fun and inter-species love ruled by a universal Mother, a non-binary teenager named Ulysses crosses the forbidden frontier to save his childhood sweetheart as an absurd election and a deadly virus lead to chaos & violence. Filmed in Los Angeles in a futuristic vintage style, this stars Eric Roberts, Nick Moran, J.

P. Manoux, former boxing champion of the world Shannon Briggs, and horror icon Bill Oberst Jr. , alongside up-and-coming young actors Arman Darbo and Chloe Ray Warmoth. This looks extra crazy and weird and kinky, but the producer hopes people will view it 'as a farcical crash course in….